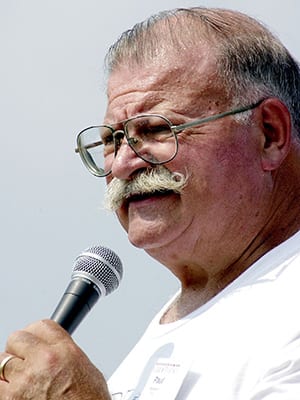 Paul Wrenn began his unusual career in the early seventies, using weight lifting, and amazing feats of strength. He set a world record squat of 975 lbs. in 1981 and a total record of 2342 lbs. which was not broken until 2004. He has continued by winning 24 national and 14 world power lifting titles Open and Masters while setting numerous world records in the Masters division along the way. He is currently the 2009 Masters World Champion and has set three new World Records in the Open division of Power lifting.

By using his amazing, God given strength, Paul gains entry into schools, prisons, and churches all over the world. Paul has been involved in endeavors in countries such as Canada, Cuba, Jamaica, Kenya, Mexico, Philippines, Russia, Ukraine, and Uganda. He has also appeared on television shows such as “That’s Incredible,” “PM Magazine,” and “World’s Strongest Man” where he did feats of strength such as pulling a double-decker bus with his teeth.

Paul also has a rich family life, he has been married to Barbara for over 40 years, and they have four children, three sons and one daughter. They are blessed with two teenage grandsons that Paul has coached to National and World Teen Titles. 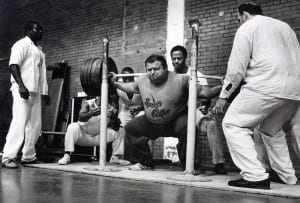