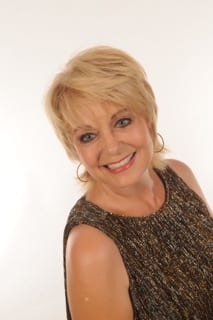 Singer, actress and dancer, Julie Simpson, pursued a show-business career that began on the Spokane Civic Light Opera stage as a musical theater performer. Leaving Spokane behind, Julie performed in nightclubs in the San Francisco Bay Area and traveled to Canada and Tokyo with Top 40 bands. Her varied musical style ranges from Pop to Rhythm & Blues, and Country & Western. She’s appeared in several television commercials and guest appearances in situation comedies. Now as a singer/songwriter/recording artist with her CD “My Journey Here” she is also a speaker for women’s events and outreaches bringing her special brand of sharing the gospel through music, testimony and teaching. Julie also serves in the Los Angeles jail and prison facilities and works individually with women at the House of Esther, a recovery home affiliated with her local church ministry.

Her personal relationship with Jesus began in 1986. The journey of healing and restoration and overcoming strongholds left her with a long list of heartbreaks – a child given up for adoption, an abortion, a miscarriage, and three marriages. Alcohol abuse, coupled with years of depression, nearly ended her life more than once. However, God’s gracious mercy and forgiveness pulled her from the madness and brought healing and peace. God restored her third marriage, delivered her from a 10-year dependency on anti-depressant drugs, replaced the two children she lost (through abortion and miscarriage) with two sons, and reunited her with the daughter she gave up for adoption. Her story is one of hope and glory to the power, mercy, forgiveness, and love of God, and to the saving grace of our Lord Jesus Christ.