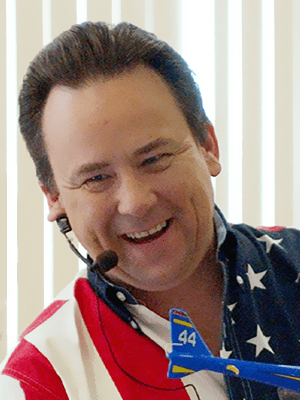 Jim Harris was a very angry child and hated authority as a grade school kid. After receiving some bad information from the other kids around him, Jim went down the road into “sex, drugs and rock & roll” starting in middle school.

He went to jail for the first time in high school and eventually dropped out of college. By age 22, he was a needle junkie addicted to meth and crack cocaine.  These poor choices landed him in rehabs, hospitals, jails and eventually prison.

In 1995, a volunteer chaplain helped lead Jim to the Lord at age 33 while in Tarrant county jail. While serving time in the Texas Department of Corrections for possession of cocaine, he studied and sought advice from people who were winners in life. When he was released in 1996, he was a different man.

Jim has been delivered from drug addiction since that day in jail. He married the love of his life Fredia and is reconciled with his family. He has his own computer business and has time to travel. Today, Jim goes into prisons and schools all over the country and tells his story.  His passion is to share his message with both inmates and students, encouraging them to make better decisions.

He  is a platform guest speaker for Bill Glass Behind the Walls and partners with this great organization.  The Fellowship of Christian Athletes has also used Jim to deliver a message to school kids about the perils of drugs and crime. He has been very effective in this venue.

Fly Right is the next step in his journey. Fly Right is a non-profit 501 (c)(3) corporation whose mission is to “Bring a message of Hope into Schools and Prisons.” Fly Right started ministering in jails and prisons in July 2010.  Jim and his team have also spoken in dozens of school assemblies encouraging students to excel in academics, say no to drugs and choose their friends wisely.