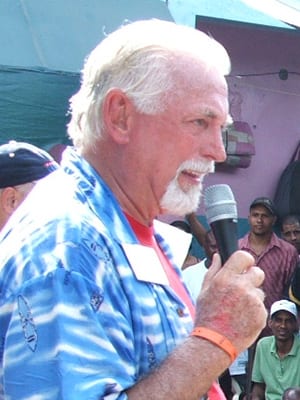 Jack “Murf the Surf” Murphy, author, artist, sportsman, musician, and Christian motivational speaker gained notoriety in 1964 for the Jewel Robbery of the Century when he and a partner stole the J.P. Morgan gem collection and the Star of India Sapphire from the American Museum of Natural History in New York City.

For that caper and other serious crimes, Murf spent 21 years in New York and Florida prisons. In 1986, he was released from prison on life parole. In 2000, his parole was completely terminated.