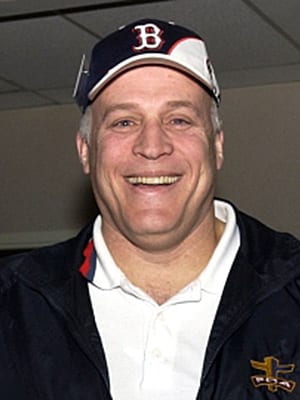 Jack Baker, a native of Birmingham, Alabama, is a graduate of Auburn University where he earned All-SEC Academic and Honorable Mention All-American honors.  After college, he was drafted by the Boston Red Sox and played professional baseball for 8 seasons.  Highlights include leading the minor leagues in home runs for four seasons, RBIs for three, hit by pitch for four and one season in strikeouts.

From the age of 12 until he was 46, Jack worked for the family owned Baker Dairy.  He worked part time as a young person and joined the staff full time at the conclusion of his baseball career.  After the family sold the business, Jack joined the Fellowship of Christian Athlete’s staff as area director for Central Alabama.  He is responsible for ministry events, fund raising, staff- expansion and adult and alumni relationships.  He has also traveled with the Bill Glass Champions for Life prison ministry, speaking in more than 180 prisons or jails in the past 15 years.

Jack challenges students and inmates with the personal story of his faith, commitment, and perseverance from his time as a senior in high school, where he did not start on his baseball team that won only two games, to a college walk-on where he became a starter and then on to the major leagues, Jack’s story is encouraging to those who might be tempted to give up.

Jack has been married to Amy since 1976 has three children and two granddaughters.